AKC Group: Working
In northern Europe there used to be an area known as Karelia where tough, big-game hunting canines roamed. The Karelian Bear Dog resembles the Russo-European Laika. Modern Karelians can be traced back to 40 dogs saved after World War II. Karelians are used to hunt buck, wild boar and moose. He is fearless and frequently fights wolves and bears (therefore he makes a great protector).
Size: 20 to 25 inches tall; 40 to 65 pounds
Color: Black and tan; solid black, gray, silver or red.
Life span: 12 to 15 years
Sensitive, independent, intelligent and energetic, the Karelian is a persistent, powerful dog. Very loyal, a Karelian does best with a more experienced, confident owner. Karelians may try to dominate other dogs and refuse to back down from any fight. They are affectionate towards people and will announce every guest’s arrival. A known guest to your Karelian will get an enthusiastic greeting. A stranger will not. Protective to the end, literally, of his life. A Karelian may do well with any other household pet especially when socialized properly. Despite their gigantic size, a Karelian has a small appetite. Training needs to be done with respect, but authority. Obedience and on-going socialization are the keys with a Karelian. He does not respond to harsh or heavy-handed tactics. Firmness, fairness and consistency is key.
Small ears are cocked and point slightly outwards. They are lined with dense fur to reduce frostbite. (They did come from northern Europe.) Their coat is short, straight, stiff and weather resistant. The undercoat is soft and dense. The thighs are covered in thick hair. A Karelian should be black with white markings on the head, neck, chest, abdomen and legs. The tail is long and curls over the back. Use a metal comb when your Karelian is shedding to remove the undercoat.

The Persian brings to mind a soft, fluff ball. Well, yes, but underneath all that hair is a muscular, sturdy, cobby bodied cat. Persians are heavy boned, medium to large cats with short, thick legs and look rounded. The neck is large and round set atop a short, thick neck. The ears are small and rounded, set far apart and low on the head. Large, round eyes are also set far apart. The nose is short and stubby. The Persian tail is thick and short. Males weigh 9 to 14 pounds, females tip the scales at 7 to 11 pounds.
There are two distinct head shapes: Extreme and Dollface. The Extreme tend to be show cats, Dollface is said to be the original shape before selective breeding changed the Persian’s look. The Dollface Persian has a round head, but the nose is placed lower on the face. Both head shapes have upturned mouths which add to the adorable appearance. (Breeders also claim that Dollface Persians lack a lot of the health problems that Extreme Persians tend to suffer from.)
Otherwise, both Persian types have a long, flowing, dense coat that comes in a multitude of colors and patterns. The patterns are separated into silver and golden, smoke and shaded, calico and bicolor, solid, tabby, particolor and Himalayan (pointed patterns). Eye color depends on the color of the coat.
The exact date of origin has been lost; the Persian has literally existed for hundreds of years. Persians were featured prominently in the first modern cat show, held at London’s Crystal Palace in 1871! Persians have remained an extremely popular breed ever since! Historical evidence of the Persian date back to 1626 when Italian writer and ethnographer Pietro della Valle (1586-1652) imported the first known Persian cat to Italy during his expeditions to Persia and Turkey. According to him, Persians originated in the province of Khorasan in Persia (now Iran). Persians crossed the oceans into the New World in the late 1800s. Their popularity caught on like wildfire. It wasn’t long at all before they outpaced the homegrown Maine Coon breed. Today, the Persian remains so popular that it accounts for almost 80% of the pedigreed cat population! It’s taken 100 years of breeding to get the look of today’s Persian.
What will first attract you to a Persian? That sweet little face! What will keep you in love with him? His sweet personality. A Persian is a delightful companion to share your life with indeed. Persians are loving, laidback and the perfect mix of devotion to you and being a pampered prince/princess. A Persian is not a partyer; no swinging from the chandelier for them! That doesn’t stop them from pouncing onto a catnip mouse on occasion though. When awake, they prefer to play, cuddle and to be pampered (they do have a lot of hair that needs attention…) You will rarely hear a Persian speak. This doesn’t mean they don’t crave your attention or affection, simply they aren’t demanding.
A Persian is a cat who is devoted, but discriminating in showing it. They will only display their full trust and loyalty to you if you give it back. You get what you give with these kitties! It is well worth it though; fanciers say bonding with a Persian is like living with a soul mate.
It’s best to keep your Persian indoors only. His temperament is too docile to survive in the wild and his hair will ensure burs, leaves or other debris will follow him around. He is also susceptible to getting caught or snagged in bushes, trees or fences.

AKC Group: Foundation Stock Service
The Kai started out as a wild dog of Japan that lived in the mountains. A natural hunter, Kais have been known to swim and climb trees in pursuit of game. They were first used to track deer and wild boar. They were first brought to the U.S. in the 1950s by servicemen in the military. The next known arrival of Kai was in the 1990s. There are two types of Kai: the Kaikuro is a thick, stockier dog with more of a bear face. The Dairo has a thinner, longer body with more of a fox-like face. In Japan, they no longer distinguish between the types.
Size: 17 to 22 inches high; 25 to 55 pounds.
Color: Black brindle, gray brindle or red brindle.
Life span: 12 to 15 years
Health problems: Watch for progressive retinal atrophy or hip dysplasia.
A Kai Ken is an extremely devoted dog and require as much love and attention from you. They do best when kept indoors. Kais are extremely intelligent and learn quickly. Early socialization is extremely important to expose him to different people, places and situations. This will help to stave off timidity.
Kais are medium sized dogs with a wedge shaped head and prick ears. The tail can be curled over the back or carried in a sickle position. Their coat is medium length and harsh in texture. Brush his coat once or twice a week to minimize shedding. His coat may also require clipping. 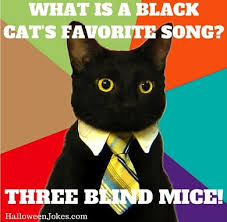